Jaycee Lee Dugard and there is no cure for Paedophilia. 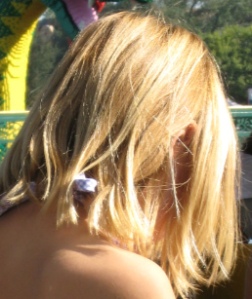 There is no cure for Paedophila

Jaycee Lee Dugard was found this week. After going missing for 18 years, Jaycee now a 29 year old woman, was reunited with her family. Jaycee had been kidnapped when she was 11 years old and kept by a man and a woman. She had been raped and had mothered two children. Her rapist and captor was a convicted sex offender. No one can imagine what may have been going through the mind of the 11 year old girl. To survive Jaycee would have had to adapt to her captors needs. Jaycee has been learning for the last 18 years to adapt to someone else’s requirements and demands.

Do Paedophiles have a hard rap? Or is society too lenient on them.

Paedophiles have had many treatment programmes created for them.

It can be managed but not cured. Even physical castration is not a cure. Chemical castration is not certain either. It makes sense that castration would be a cure but look at male dogs that have been castrated. They still have their old habits and learned behaviours within them. They still mount other dogs and play sexually with other dogs even after years of castration. Our sexual nature is very deep within us and our brain is our main sex organ. All sexual offenders should be monitored even more closely. Paedophiles, until we are completely sure should not be released into society. There is talk about rates of re-offending and recidivism but the truth is they really do not know.

‘I wish I were an alcoholic. At least as an alcoholic I could be more accepted. I would rather see bottles of alcohol. Instead I see children.’

Tagged as There is no cure for Paedophilia

7 responses to “Jaycee Lee Dugard and there is no cure for Paedophilia.”