Endings in The Olympics and in Life….

Hands up those who remember the ending in the Olympics?

Hands up those who remember the Opening Ceremony of the Olympics? Umm, there seems to be more hands up for the Opening ceremony.

The Paralympics are on now. The same things will play out too. I often find that clients can have wonderful beginnings but then things seem to taper out for some and for others they do very well. Most though do find endings harder to do and often rather try and avoid it. Some have paid me for the session but not turned up, others seem to cancel and cancel and avoid it. END_OF_DOCUMENT_TOKEN_TO_BE_REPLACED

Tagged as Endings and depression

Badminton in the Olympics and on Losing on Purpose 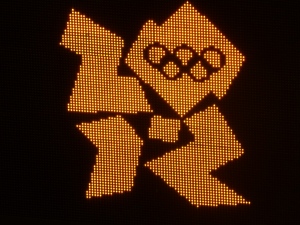 If you watch the matches on video you will see it is as though they have never played badminton before. They keep serving into the net and their rallies (if any) are short.

The crowd are booing and telling them to go off. Anyone who has gone to the Olympics in London knows tickets are expensive, it takes a lot of effort to obtain a ticket, then to travel and make your way there. I know I would have been very irritated and upset to watch a match I could have myself played far better at.

But why lose a match on purpose? Here there was a benefit in losing to the other team. All had qualified but the winner would then play China which was the stronger team. This was part of a strategy in the round-robins which had been newly set up and the teams were trying not to play China and were working to be relegated to a match with a less superior opponent in the semi-final. END_OF_DOCUMENT_TOKEN_TO_BE_REPLACED

Tagged as failure beliefs, Losing in badminton in the Olympics, losing on purpose