I went to one of the well known furniture superstores the other week. There was a section called “Returns”. It seems you can return things if they have been unopened and unused if they are returned within 90 days with your till receipt. Some people use returns in stores after using the item. Some businesses such as those for photographic shoots depend upon this returns policy as it would cost too much to buy the item outright for only one shoot.

I was wondering if there was something you could return what would it be?

Would it be your partner/spouse? Your pet? Your children? Your life up to now/a certain age?

END_OF_DOCUMENT_TOKEN_TO_BE_REPLACED 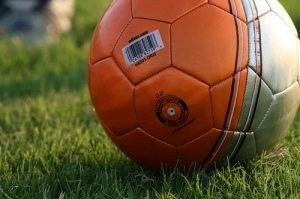 I was saddened to hear today of a suicide by a football manager named Gary Speed.  Gary Speed had the looks, the money, the life and was fit and healthy. Many are left surprised as to how he could have killed himself. Football is often called “The Beautiful Game” and I know many who love the game so much they will watch every match they can. I have many nephews who ardently follow their favourite teams, know so much about what is going on in football, scream at matches and dress up excitedly to see a match in their teams colours.

Gary Speed was 42 years of age, had two children and was married. He was doing well and had also been a successful footballer for Wales. Many of the comments being made in the press and on the news was as to how;  it was unexpected, he seemed happy, and it seemed to be impossible to have imagined the man who had everything to have ever committed suicide.

END_OF_DOCUMENT_TOKEN_TO_BE_REPLACED

It was with sadness I read of the suicide of Bernie Madoff’s son, Mark Madoff over the week-end. I have no idea as to how much he may or may not have been involved in the ponzi scheme which his father ran and which fraudalently stole a reputed 50 billion dollars; from large institutions to small investors.  There were many celebrities, reputedly even Kevin Bacon and his wife who lost all the millions they invested bar the house they were living in.  A few others who were the victims of his fraud have also reputedly also commited suicide. Money, loss and its after-effects does seem to bring repercussions. END_OF_DOCUMENT_TOKEN_TO_BE_REPLACED

Marie Osmond at the Flamingo in Las Vegas.