The Euro, Ireland, Greece, Italy, and the continuing Co-dependency issue. 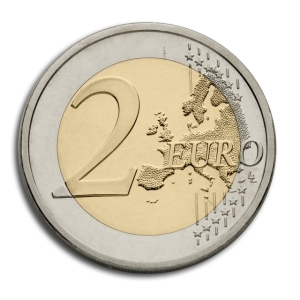 There has been much on the news about the Euro. The euro is a central and common currency of member states in the European union. A lot has been going on about it because it seems certain states within the union have not been keeping to budgets and have been spending far more then they have. I often see parallels in the psyche and behavior and the outside political and economic world. We are after all only people, whether we are presidents, prime-ministers and royalty. We all are under the same sky and all learn behaviours from our parents and family.

What is the nearest we can find in psychotherapy with the behavior that is going on as regards the euro is what is called co-dependency. Some feel codependency is a form of inverted narcissism. It is really an unhealthy love and a very passive almost manipulative and controlling way of taking care of others. It happens in all sorts of relationships; marriage, partnerships, business, work, and especially politics. Where a person is psychologically addicted to drugs or alcohol and the other psychologically dependent on that behavior.

The ideal is to be inter-dependent. To give others freedom and ourselves to be free too. It expects the best for the other and for ourselves too. Co-dependency depends upon expecting others to be unable to care for themselves. It requires the expectancy of failure and expectancy that the other person can better them selves. When certain countries went into the euro due diligence was not done. Due diligence is often done when our expectations of the other will be equal. Due diligence seems to have been ignored. The co-dependent is often in debt and cannot make it on their own. They will always need someone to bail them out. Co-dependency relationships are really tested out when money is low. Recessions are good times to find out if there is co-dependency. The enabler cannot afford to maintain the co-dependent in times when the enabler is themselves also having problems meeting their own payments too.

The co-dependent is allowed to grow or fail if they are enabled to do so. A co-dependent requires permission giving by others. In this case Germany gave credit cards to countries that were not ready to grow. Giving money to a co-dependent is like giving heroine to a heroine addict.

How do we stop the co-dependent? You have to let them know you are willing to leave them to the elements. They are responsible and in charge of their own future. As long as the co-dependent believes you will never leave them they will push you to the Nth limit. They will keep taking. Co-dependency is an addiction. At the base of all addictions is co-dependency. It is not about substance abuse, sex, and alcohol; it really is about co-dependency. Co-dependency is an addiction and the addiction troubles not just the user but also the enabler. It is hard for the enabler to let go. The work of a political therapist is a hard one and in the same way with my work in therapy; letting go is the hardest act to do whether you are a user or enabler.

3 responses to “The Euro, Ireland, Greece, Italy, and the continuing Co-dependency issue.”